Paris needs a hero! Once again, the city of lights is in trouble as it faces a new menace—the most threatening sentimonster ever created is about to take control! As you take on the personas of the globally renowned superheroez Ladybug and Cat Noir, you’ll need to unveil the diabolical plan hatched by archvillain Hawk Moth—and squash it! Immerse yourself into the magical world of Miraculous and level up your superpowers as you embark on your biggest journey yet!
Take control of Ladybug and Cat Noir, jump and collect macaroons and other collectibles as you platform through the Paris rooftops, battle evilized bad guys and take on bosses as you uncover the sinister plot of the archvillain Hawk Moth.
Key Game Features:

• Epic Adventure! Immerse yourself in an original story as you take control of everyone’s favorite heroes, Ladybug and Cat Noir.
• Team Up! Experience the thrill of teamwork as you battle villains and de-evilize akumas together in local co-op.
• More Villains! Come face to face with familiar villains Hawk Moth, Gamer, Weredad, and Mr. Pigeon, and some new enemies too!
• Discovery! Explore the streets of Paris as Marinette and Adrien and uncover the story behind their alter-ego’s Ladybug and Cat Noir.
• Super Gadgets! Use Ladybug’s fast flinging yo-yo and Cat Noir’s magical versatile staff to swing or vault into battle! Upgrade the gadgets to unlock powerful new moves!
• Master Fu! Visit your friend and mentor Master Fu whose words of wisdom help you to learn new powers. 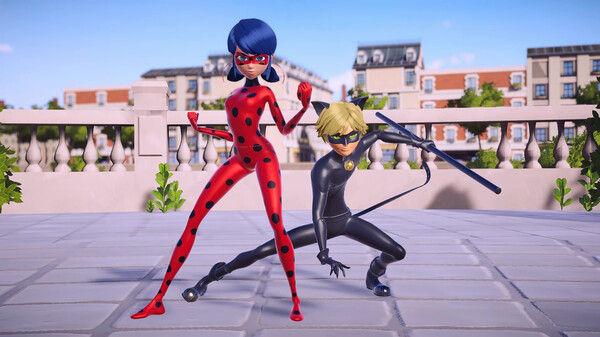 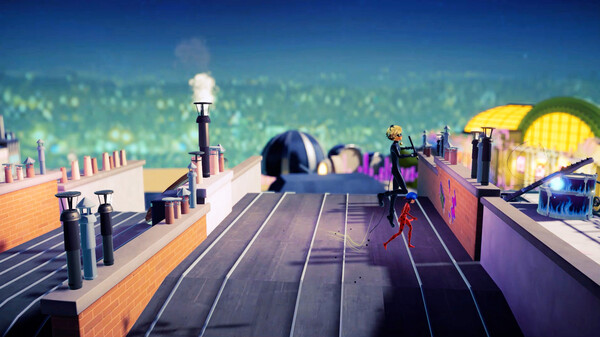